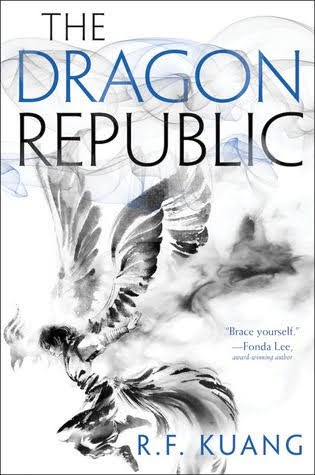 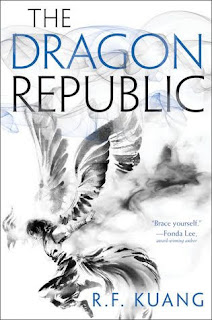 I had been reading for 3 weeks, and sure it moved along, at a snails pace. It was never bad, but it was never good either. It felt like one big struggle, but not bad enough to dnf.

But enough is enough. I did not connect anymore, or care. But I also wanted to see what happens. But at the end I just wanted it done with and started skimming and that felt tough too.

I will give it an ok, because it is not bad. But I will certainly not read more.If someone want to spoil the end, go ahead. I am curious, but NOT curious enough to read more.

In the aftermath of the Third Poppy War, shaman and warrior Rin is on the run: haunted by the atrocity she committed to end the war, addicted to opium, and hiding from the murderous commands of her vengeful god, the fiery Phoenix. Her only reason for living is to get revenge on the traitorous Empress who sold out Nikan to their enemies.

With no other options, Rin joins forces with the powerful Dragon Warlord, who has a plan to conquer Nikan, unseat the Empress, and create a new Republic. Rin throws herself into his war. After all, making war is all she knows how to do.

But the Empress is a more powerful foe than she appears, and the Dragon Warlord’s motivations are not as democratic as they seem. The more Rin learns, the more she fears her love for Nikan will drive her away from every ally and lead her to rely more and more on the Phoenix’s deadly power. Because there is nothing she won’t sacrifice for her country and her vengeance.