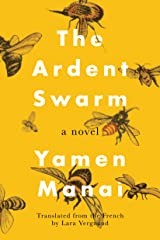 About The Ardent Swarm

From an award-winning Tunisian author comes a stirring allegory about a country in the aftermath of revolution and the power of a single quest.

Sidi lives a hermetic life as a bee whisperer, tending to his beloved “girls” on the outskirts of the desolate North African village of Nawa. He wakes one morning to find that something has attacked one of his beehives, brutally killing every inhabitant. Heartbroken, he soon learns that a mysterious swarm of vicious hornets committed the mass murder—but where did they come from, and how can he stop them? If he is going to unravel this mystery and save his bees from annihilation, Sidi must venture out into the village and then brave the big city and beyond in search of answers.

Along the way, he discovers a country and a people turned upside down by their new post–Arab Spring reality as Islamic fundamentalists seek to influence votes any way they can on the eve of the country’s first democratic elections. To succeed in his quest, and find a glimmer of hope to protect all that he holds dear, Sidi will have to look further than he ever imagined.

In this brilliantly accessible modern-day parable, Yamen Manai uses a masterful blend of humor and drama to reveal what happens in a country shaken by revolutionary change after the world stops watching. 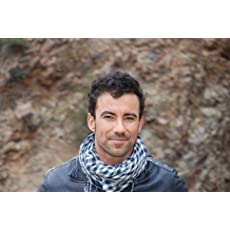 Yamen Manai was born in 1980 in Tunis and currently lives in Paris. Both a writer and an engineer, Manai explores the intersections of past and present, and tradition and technology, in his prose. In The Ardent Swarm (originally published as L’Amas ardent), his first book to be translated into English, he celebrates Tunisia’s rich oral culture, a tradition abounding in wry, often fatalistic humor. He has published three novels with the Tunisia-based Elyzad Editions—a deliberate choice to ensure that his books are accessible to Tunisian readers: La marche de l’incertitude (2010), awarded Tunisia’s prestigious Prix Comar d’Or; La sérénade d’Ibrahim Santos (2011); and L’Amas ardent (2017), which earned both the Prix Comar d’Or and the Prix des Cinq Continents, a literary prize recognizing exceptional Francophone literature.

Lara Vergnaud is a literary translator from the French. Her translations include Ahmed Bouanani’s The Hospital (New Directions, 2018) and Zahia Rahmani’s France, Story of a Childhood (Yale University Press, 2016), as well as works by Mohamed Leftah, Joy Sorman, and Scholastique Mukasonga, among others. Lara is the recipient of two PEN/Heim Translation Grants and a French Voices Grand Prize and has been nominated for the National Translation Award.